What is BRI Monitor?

BRI Monitor is a collaborative effort by five civil society organizations in Southeast Asia and the Pacific—the Institute for Democracy and Economic Affairs (IDEAS) of Malaysia, Stratbase Albert Del Rosario Institute (ADRi) of the Philippines, Sandhi Governance Institute (SGI) of Myanmar, the Institute of National Affairs (INA) of Papua New Guinea, and the Future Forum of Cambodia—to promote transparency and accountability in major infrastructure projects funded through the Belt and Road Initiative (BRI).

These organizations have studied the regulatory environments governing these large infrastructure projects in their respective countries to identify regulatory gaps. These projects take various forms, including public procurement, official development assistance, and public private partnerships (PPP). They have each researched a set of case studies to identify implementation and governance gaps. Each case study assesses the level of transparency based on 38 data points, from basic project information to the tendering process to project completion. Last but not least, each case study maps out the structure of the relevant project in order to identify the domestic and international entities involved in the project and to understand the degree of public financial exposure resulting from each project.

This website is intended to be a platform for the publication of our research outputs and as a knowledge repository. We also hope that the website can be used as a tool to advocate better governance of major infrastructure projects in the region.

BRI Monitor is supported by the Center for International Private Enterprise (CIPE).

BRI Monitor’s qualitative research aims to provide insight into the governance of Belt and Road Initiatives (BRI) in Southeast Asia and the Pacific and inform policy advocacy within and across countries in the region. Using selected cases, researchers embark on three research steps to understand the projects and uncover governance gaps in the region’s BRI projects: describing the nature of the project, evaluating the level of transparency, and understanding the governance gaps.

This step focuses on the nature of the projects, their background and structures, actors involved in planning and implementing the projects, and recording issues raised by the public and in-country experts.

This step aims to assess public availability and quality of key information of the projects using the Infrastructure Data Standards (IDS) for proactive disclosure developed by the Construction Sector Transparency Initiative (CoST).

In the third step, organizations assess the regulatory frameworks in four key project types to ensure projects under the BRI are well-governed. The four key project types are: government procurement, public-private partnership, projects involving state-owned enterprises, and official development assistance. In this step, researchers evaluate whether the in-country regulatory frameworks are consistent with international standards and whether the studied projects followed these existing frameworks.
Download Full Methodology

Future Forum is an independent think tank based in Phnom Penh, Cambodia. Founded by Cambodian human rights leader Ou Virak in 2015, Future Forum is an evidence-based think tank that focuses on research, analysis, and public policy and represents a dynamic response to an identified “policy gap” in Cambodia.
Visit their website

The Institute of National Affairs (INA) is a privately funded, non-profit policy research institute, or “think tank”, in Papua New Guinea (PNG). Its core running and management costs are supported by private companies, with some project support from public institutions and foundations. INA was founded in 1976 by concerned individuals from both the government and the private sector to promote dialogue between the two and to offer alternative advice to the public service on economic and social policy. The INA’s primary role is to carry out public policy-related research and disseminate the results as widely as possible to the community, government agencies, statutory institutions, learning institutions, and politicians. Research is carried out by world-class academics, from some of the world's leading universities and other institutions, and has a conscious policy of including PNG academics in its research, where that is possible. The research is generally sponsored by PNG and international bodies and is published and made available to the public. The INA also administers the Consultative, Implementation, and Monitoring Council (CIMC) as a mechanism for public and private sector, and civil society dialogue on key issues of public interest relating to social, economic, and wider development issues in PNG (including running the Family and Sexual Violence Action Committee, FSVAC).
Visit their website

Sandhi Governance Institute is a Myanmar Policy Research Institute with a focus on enhancing capacities of political parties and civil society organizations, increasing transparency and accountability in the public sector, and strengthening participation of all key stakeholders in public affairs and major investments to promote democratic governance in Myanmar.
Visit their website 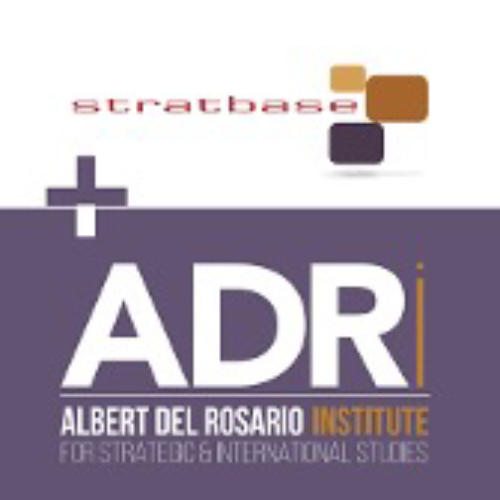 The Stratbase ADR Institute for Strategic and International Studies (ADRi) is an independent international research organization focused on the in-depth analysis of economic, social, political, and strategic issues influencing the Philippines and the Indo-Pacific region. In the age of geopolitical uncertainties and technological advancements, ADRi gives equal importance to the interdependent nature of states, sectors, and stakeholders in its strategic analyses and solutions design.
Visit their website 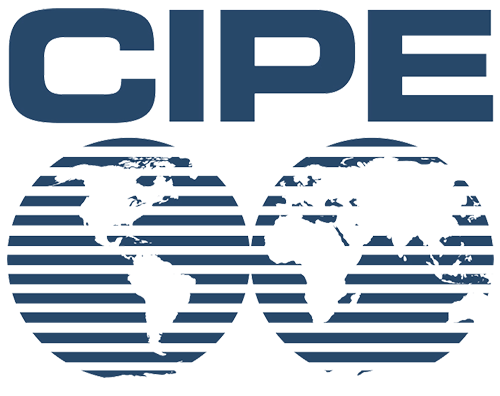 The Center for International Private Enterprise (CIPE) works to strengthen democracy through private enterprise and market-oriented reform. CIPE does this by partnering with local business associations, chambers of commerce, think tanks, universities, and advocacy organizations to create business-led solutions to social and economic problems that affect their regions. CIPE has carried out nearly 3,000 programs in 138 countries since its founding in 1983. CIPE’s support to the BRI Monitor network is intended to raise awareness about the impact of foreign investments on recipient countries, including whether capital flows strengthen or weaken democratic institutions and principles. Corrosive Capital deals, often from authoritarian regimes, exploit governance gaps and may corrupt markets so that Constructive Capital investments that generate greater opportunity cannot enter. CIPE is working with partners in the Indo-Pacific and worldwide to mitigate the risk of such economic and political manipulation, promote accountability, help businesses thrive, and safeguard the interests of citizens.
Visit their website